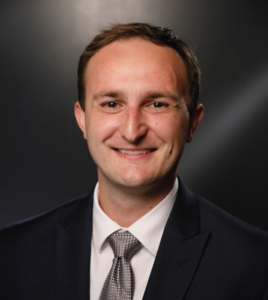 Prior to joining Simpson, Uchitel & Wilson, L.L.P., Scott worked as an associate attorney for a regional firm based in Atlanta practicing creditors rights and bankruptcy, corporate and transactional law in the areas of banking and finance, securities law and regulation, and corporate governance. Prior to attending law school, Scott worked in finance and banking for Wells Fargo Bank, N.A. and Bank of America, Corp.

Scott graduated from Arizona State University with a B.A. degree in Political Science. He then received his J.D. from the Sandra Day O’Connor College of Law at Arizona State University in 2020. While in law school, Scott worked as a judicial extern for the Honorable Warren J. Granville at the State of Arizona Superior Court, Maricopa County, and participated in the Immigration Initiative.

Scott focuses his practice on all areas of contract litigation, with an emphasis on creditor’s rights, financial institution governance, transactional matters, regulatory and securities compliance, corporate governance, and all aspects of bankruptcy proceedings.